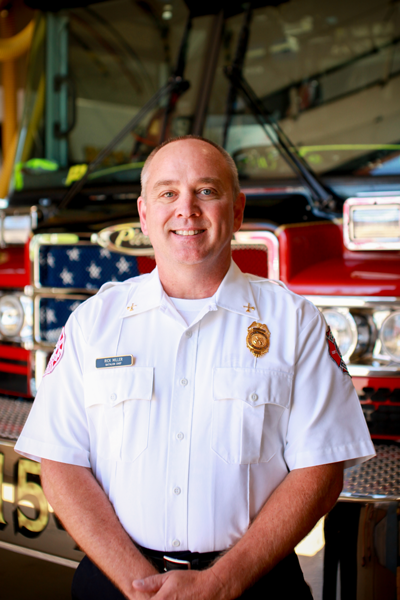 Battalion Chief Rick Miller started with the O’Fallon Fire Protection District as a volunteer firefighter in February 1986. He was promoted to career firefighter in December 1989, to captain in September 1997 and to battalion chief in February 2016. He is currently assigned to the B-Shift.

Battalion Chief Miller has an associate’s degree in business from Columbia Southern University. He holds Missouri certifications in Firefighter I and II, Fire Officer I and II, Fire Service Instructor II, Fire Investigator, EMT, and Driver/Operator. He is trained to the technician level in high-angle, confined space, structural collapse, trench and swift water rescue. Battalion Chief Miller is also an adjunct instructor for the Missouri Fire and Rescue Training Institute.